The Disease Model of Addiction

Since the late 1990s, the brain disease model of addiction has dominated public health discourse – but it remains controversial. Here, we explore the ideas behind the disease model, its strengths, and its shortcomings.

What Is the Disease Model of Addiction?

The disease model of addiction describes addiction as a chronic, relapsing disease. It states that while substance use may initially be voluntary, repeated substance use causes substantive changes in the brain that lead an individual to lose control over their drug use.

The disease model posits that each individual is more or less vulnerable to developing the “disease”, depending on their genes, neurological pathways, and life experience. It suggests that medical treatments may play an important role in addiction treatment – although evidence shows that thinking and behavioural skills may also help to reverse brain changes.

Despite its prominence, the disease model of addiction is contested. Some commentators note serious ethical and legal problems with the conceptualisation, which they say downplays the role of social and cultural contexts in the maintenance of an addiction.

How Did the Disease Model Develop?

The disease model of addiction was popularised by the National Institute of Drug Abuse in 1997 as a specifically scientific way of understanding addiction. Alan Leshner, the contemporary Director, saw the disease model as a way to reduce the moral stigma that surrounded addiction.

With many people worldwide seeing drug addiction as a choice, a lack of willpower, or a symptom of moral weakness, the disease model offers an alternative that removes responsibility from the individual drug user. In theory, it underlies a more compassionate approach to addiction focused on prevention and recovery rather than a criminal justice approach based on deterrence and punishment.

Every drug affects our brain differently, but all addictive substances interact with brain pathways involved with motivation and reward. One of the most important of these pathways is the mesolimbic reward system.

When we engage in beneficial activities like eating or having sex, it activates our reward system. Our brains release a small amount of the neurotransmitter dopamine, signalling that something important is happening that we should remember. The dopamine signal leads to changes in neural connectivity in our brain that result in the formation of habits, increasing the chance that we will engage in the activity again.

When we take an addictive substance – like cocaine, prescription opioids, or alcohol – it causes a surge of dopamine in our brain. This hijacks our reward system, causing habit-forming connections in our brain that encourage us to repeat the apparently “beneficial” activity. In reality, long-term drug use can be extremely destructive to an individual’s body and life.

Drug use often causes a release of dopamine much larger than our brains would naturally produce, leading to incredibly strong drug-seeking urges that can be difficult to resist without proper support. This results in the compulsive seeking and using of drugs that characterise addiction.

What Neurotransmitters Does Addiction Affect?

How Does the Disease Model Explain Relapse?

The disease model encourages us to think of addiction, and addiction treatment, like other chronic diseases. When treating diseases like diabetes, the aim is to manage symptoms, not to cure the disease. Effective treatment is when symptoms are reduced, and there may be long periods where there are no symptoms at all.

However, there may still be times when a person experiences a “flare-up” of symptoms, requiring additional treatment and attention. We can think of relapse as a flare-up. It is not a failure, or something to be ashamed of, but a normal part of recovery. An individual can treat relapse with various tools – such as additional therapy sessions or a return to a treatment centre – and return to abstinence. 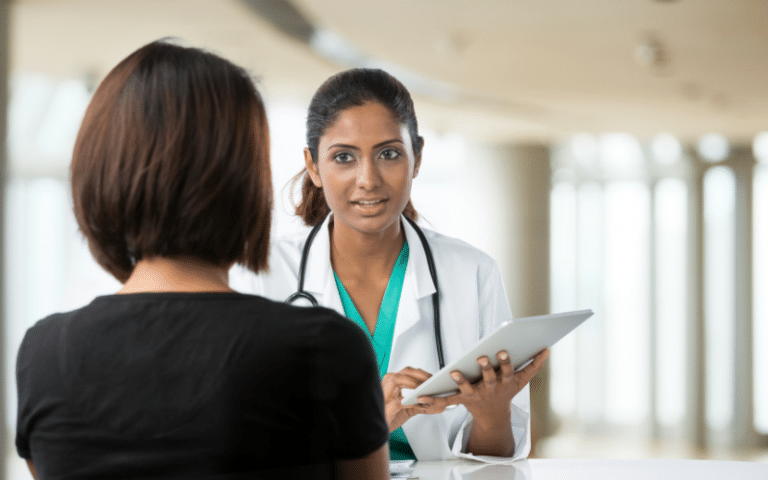 If Addiction is a Disease, How Can It Be Managed?

According to the disease model, an addictive brain is different from a non-addicted brain. Repeated use of drugs leads to brain changes at a molecular, cellular, structural, and functional level. These changes affect a huge range of phenomena, from receptor availability to metabolic activity, gene expressions, and our reactions to emotional cues. If left untreated, these changes can be long-lasting or even permanent, persisting after substance abuse has stopped.

The good news is that decades of research into addiction treatment have uncovered a range of treatment approaches that effectively compensate for or go some way to reversing brain changes. Research has shown that both behavioural therapy and medication can help undo the effects of addiction on the brain while teaching individuals skills to manage drug cravings and stay away from drug abuse.

As a chronic disease, addiction has no cure – you will always be at increased risk of using the drug. However, it can be effectively managed, countering the disruptive effects of addiction on your life and allowing you to regain control. With the right support, anyone can recover from addiction and live a fulfilling sober life.

Cognitive-behavioural therapy (CBT) is an evidence-based talk therapy that works by identifying negative thoughts and behavioural patterns and turning them into more positive ones. It focuses on the interaction between our thoughts and behaviours, helping individuals develop the skills and coping mechanisms they need to achieve long-term, meaningful change.

Evidence suggests that the results of cognitive-behavioural therapy last beyond the end of a treatment course. Brain imaging reveals neurobiological changes in a client’s brain when they have responded to a course of CBT – some studies show activity similar to people without mental health disorders. In this way, CBT can go some way to reversing brain changes while providing individuals with the skills they need to manage cravings and other symptoms of addiction.

Some types of medication can be used to treat addiction. Currently, medics typically use medication at three stages of the recovery process:

Support groups are self-organised meetings where people in recovery support each other to overcome substance use and maintain abstinence. They are an opportunity to share advice, learn from one another, and find acceptance in a shared experience. Attending support groups regularly helps individuals stay committed to their goal of sobriety and be inspired by the successes of others.

One of the greatest advantages of support groups is that they are free and easily accessible, whether in person or online. The disease model says that there is no cure for addiction and that recovery is a life-long process – self-organised support groups offer a source of potentially life-long support.

Every individual has a different experience of addiction. Evidence shows that the most effective drug treatment programs are individualised to each client’s unique needs, considering any underlying mental disorders alongside addiction.

There are lots of different evidence-based treatment approaches, and you need to find what works for you. If one treatment doesn’t work, don’t be discouraged. Your treatment provider should work with you to explore other options.

How Else Can We Conceptualise Addiction?

Addiction As a Choice

One concern surrounding the brain disease model of addiction is that encouraging a substance user to think that they have limited free will or agency over their drug use may make quitting harder. Previous studies have found that a belief that we lack free will can lead to diminished self-control, helping behaviours, and increased aggression. Conversely, belief in free will may promote more positive attitudes and socially beneficial behaviours. Among cocaine users, increased knowledge of neuroscience may correlate with a weaker sense of responsibility for their addiction.

Scientists like Heyman argue that the disease model’s characterisation of addiction – as a loss of conscious control – is wrong, and addiction is voluntary. He argues that while, like all choices, addiction is influenced by preferences and goals, many people overcome addiction. New information, cultural values, and clear conceptions of the positives of ending drug use all affect our motivation and choice of whether to continue or stop using drugs.

Addiction As a Response to Trauma and Mental Health Disorders

Some experts see addiction, not as a medical condition as such, but as a way of coping with trauma or other mental health conditions. People turn to drugs as a way of escaping from emotional distress such as grief, anxiety, and depression. Consequently, addiction treatment should focus on healing these underlying issues – at which point the need to take drugs disappears.

Dr Gabor Mate argues that the causes of addiction are rooted in early childhood experiences. Drawing on neuroscientific models, he hypothesised that childhood trauma or early-life adversity such as abuse, bullying, and neglect affects a child’s brain development, resulting in altered brain chemistry and functions that make them more vulnerable to addiction. While he does not claim that every traumatised person develops an addiction, he believes that every addicted person has experienced some form of trauma.

The Importance of Environment

During the Vietnam War, many US soldiers developed opioid addictions. Yet when they returned home, medics found that they were relatively easy to treat.
Because their addictions had developed in a different environment to their hometowns, they no longer encountered any of the triggers (environmental cues) that they associated with heroin use. Triggers are often a primary cause of relapse, causing strong cravings to seek and use drugs even after successful treatment. Without these triggers, maintaining sobriety was much easier.

Emphasising environmental factors, however, does not fall outside the framework of a disease model for addiction. It’s still consistent to propose that addiction is a brain disease, but recovery is easier in certain social and cultural settings. This is true of other diseases too – research suggests that social support helps stroke survivors regain functional skills.

Instead, we may be able to continue viewing addiction as a disease that affects the brain, but recognise that this is only part of the picture. The brain disease model still leaves room for social and environmental factors (and even choice) to play a role – and we should take care to recognise and emphasise their importance.