If you need support with drug addiction, our team are here to help.
Call Us Today

What is Drug Addiction?

Drug Addiction is defined as regular or chronic drug use that significantly interferes with daily life. Drug addiction is a disease in which there are compulsive behaviours involved with using drugs, including taking drugs even if the user knows it’s hurting them, not fulfilling their needs, or causing other problems in their lives. The vast majority of people who become addicted to drugs started out abusing substances to get relief from various psychological damages like anxiety, depression, and low self-esteem.

There are many misconceptions around drug addiction,  and individuals struggling with substance use disorder are often labelled as lazy, selfish and unwilling to show control, this is completely false. Drug addiction is an illness that needs treating like any other problem.

There is a big difference between drug abuse and addiction. A person may abuse drugs or alcohol without becoming addicted to them. Abuse of psychoactive substances involves the continued use of drugs even if it causes harmful consequences. When drug abuse turns into drug addiction, there is a significant shift in behaviour towards compulsive drug use with little regard for the negative effects of drugs.

The Effects of Drug Abuse

Drugs such as cocaine and amphetamines affect the chemical dopamine that is involved in regulating feelings of pleasure and pain. The levels of dopamine increase when a person takes drugs which can make them feel high and therefore pleasurable.

How does someone become addicted to drugs?

There are many reasons a person might become addicted to drugs. Drug addiction can develop from a variety of causes, although addictive personality traits and a vulnerability to drug cravings are more common. There are a number of risk factors that predict who will become addicted. These include:

Inherited Biological Factors: Some people have a genetic predisposition that makes them more likely to become addicted to drugs. While it remains unclear as to whether addiction is a nature vs nurture argument, it appears that both generic and environmental factors play a part in substance dependence.

Environmental and Psychosocial Factors: Various aspects of a person’s environment can make them vulnerable to drug addiction, such as stressful living situations, childhood traumas and parental influences. A child growing up in an environment of addiction is more likely to develop addictive personality traits.

Drug abuse: When a person takes drugs on a regular basis, tolerance can develop. This means that more and more of the drug is needed to produce the ‘high’. As a person develops drug tolerance, they are more likely to become dependent on the drug and therefore abusive of the drug.

Is there a Cure?

Drug addiction cannot be cured but it can be treated and managed. Brain-imaging studies show that the brains of recovered addicts no longer respond to drug cues in the same way as before and, as a result, they are able to resist relapsing.

The most effective course of action is prevention – stopping people from becoming addicted in the first place – and this can be done by raising awareness of substance abuse and by providing drug awareness workshops in schools and the workplace.

Who is more likely to become addicted to drugs?

Drug addiction can affect anyone. It doesn’t matter what age you are, what sex you are or what race you belong to. However, there is a higher risk of drug addiction in certain groups of people:

Because addiction is a psychological illness that is rooted in trauma and abuse, those who have mental health issues, or a history of childhood trauma are more likely to develop an addiction.

Symptoms of a drug use vary depending on the drug that is being abused. For example, symptoms of heroin use are different to symptoms of cocaine use, even though both drugs are highly addictive. However, the signs & symptoms of addiction are the same for all substances and addictive behaviours.

The following signs and symptoms of drug addiction are not necessarily true for everyone, but are common:

Feelings of depression, anxiety and hopelessness that lead to an increased level of unease and substance misuse. Substances change the neurotransmitters in the brain (such as Dopamine and Serotonin) which impact mood and pleasure.

The user may become suspicious and paranoid when they become addicted to the drug. They may also start to think there is a conspiracy against them or act suspiciously around the police.

This is when the user’s drug use starts to cause problems in their life. This can include neglecting work, financial problems, relationships with family members or friends, or neglecting children. These symptoms can lead to social exclusion and lead to prison sentences for some users.

This is when the user’s drug use starts to cause problems in their life.

Physical symptoms of a drug addiction include poor eyesight, sleeping problems, weight loss or weight gain, difficulty standing up and dizziness. In many cases the user will be dealing with multiple side effects from their drug(s) of choice.

External signs of drug abuse can usually be observed by friends and family, such as red eye (cannabis), heightened excitement and pupil dilation (stimulants like cocaine) or slurred speech and zombie-like states (benzodiazepines and alcohol). Depending on the substance and how it is administered, physical marks, cuts or bruises may also be present (if injected).

There are many physical dangers associated with drug use, including HIV/AIDS, hepatitis, tuberculosis and many more. However, there are also psychological risks to be aware of.

High levels of stress can cause feelings of anxiety and depression in some users. As well as the risk of heart disease and stroke, drug usage can lead to brain damage in the long run. There is also a serious risk of overdose when abusing certain drugs such as heroin or cocaine.

How drug addiction changes the brain

Every drug has a particular way in which it changes the brain to cause addiction. For example, cocaine causes a specific change in the neurons which release dopamine. When the brain produces too much dopamine, the receptors become insensitive and need more and more cocaine to produce the same high. This causes tolerance and withdrawal symptoms when the drug is stopped. In any event, repeat exposure to any substance will cause changes in the brain’s reward system.

The impact of drug use on mental health

Drug use can lead to a deterioration of mental health, particularly in vulnerable people. If a person suffers from a psychiatric illness together with a drug addiction, it can cause serious problems. This is why it is very important to seek professional help if you are suffering from mental illness and suffering from drug addiction at the same time.

In addition, drug abuse also leads to difficulties which people normally face during the development of their personality. These problems include loss of interpersonal relationships, low self-esteem, low motivation and feelings of inferiority.

The impact of drug use on children

Another danger is that parents who abuse drugs may get involved in criminal activities which can also risk the life of their children, such as drug driving.

The impact of drugs on pregnant women

Pregnancy and drugs do not go together. If a pregnant woman abuses drugs, there can be serious consequences for the unborn baby. For example, if she uses Heroin she may suffer from miscarriage, premature birth and even death of the baby. Drugs like heroin pass the blood barriers between the mother and foetus, resulting in babies being born dependent on heroin.

The impact of drug use on relationships

Drug abuse can lead to changes in relationships between husband and wife, brother and sister, parents and their children. The addict of drugs may spend all their time on the streets engaging in criminal activities to get money for drugs. In this way, they neglect their family. As a result of this neglect, they may lose support from family and friends. Their relationships with children can be particularly damaged as the child may feel neglected by them and may feel inadequate as a result of this situation.

The decision to quit drugs is very difficult for many people, but if you are serious about overcoming addiction, residential treatment offers the best solution to substance use disorder.

Drug addiction treatment involves staying at the Providence Projects for a minimum duration of 28 days. This option is ideal because it takes you or a loved one away from any triggers at home, allowing you to focus on recovery in a safe and secure environment.

During treatment, individuals will follow a rehab programme and receive individual counselling and treatment from our team of professionals. You will learn how to deal with triggers in their lives. For example, triggers for cravings may be identified, and replaced by new coping mechanisms or ways of thinking.

Here at the Providence Projects, we provide an holistic treatment package for drug addiction, including a medically-assisted drug detox (if required), therapy, alternative therapies and fun activities to help you on the road to recovery.

We’ve been treating people for over 25 years. The success of our programme is down to our highly trained and experienced addiction counsellors who will work with you and your loved ones during the healing process.

If you are concerned about your or a loved one’s drug use, speak to one of our addiction counsellors today for free advice. 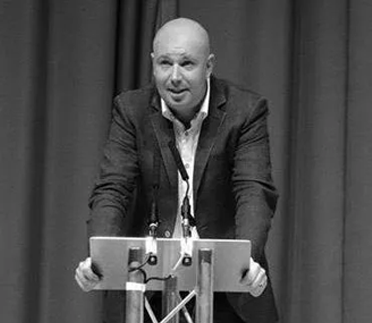 This content has been verified by Paul Spanjar, a leading addiction expert and CEO of the Providence Projects

How Can we Help?

Learn more about specific drugs we treat at Providence Projects