At the Providence Projects, we have made a significant contribution to helping addicts for more than 26 years. Our team gets countless requests for assistance every day. Every addict should strive to be free from the bonds of drugs and alcohol. To help people live free from the harmful consequences of drugs, we have worked with thousands of people, families, students, and community members from all over the UK. Over the past 26 years, our team of professionals has helped over 10,000 clients recover from addiction.

One of our co-founders, Steve Spiegel, battled drinking and drug addiction for over three decades. During this period, he tried to overcome his addiction with dozens of other detox centres and rehabilitation facilities before eventually finding one that worked. When he conquered his addiction, he took it upon himself to help others in similar situations. First, he trained to become a counsellor. Afterwards, he drew knowledge from his professional and personal experience to create useful programs for his patients.

He discovered that many patients would perform well during the treatments at rehab centres. But unfortunately, they were not prepared for life after rehab. Eventually, they go back to their old ways. Hence, we are not only concerned about your health and progress during your rehab program. The team prepares you for the journey after returning to your normal daily activities.

There is still a stigma associated with addiction, despite the enormous benefits of receiving treatment. Consequently, the project has established a protected space where people may show their vulnerability without fear of being judged. With the help of a team of experienced professionals, the team successfully reduces the negative impacts of drug use disorder. It fosters a happier, healthier community of individuals and families.

Since we opened our doors in 1996, we have assisted thousands of people in overcoming addiction problems. Our drug, alcohol, and gambling rehab programmes have proven positive results in all patients. In addition, the testimonies and positive reviews from the project’s previous clients have consistently shown that the team delivers exceptional results. We have worked with numerous clients, including renowned footballer Paul Gazza Gascoigne and pop star Matt Willis. Here are a few of our success stories: 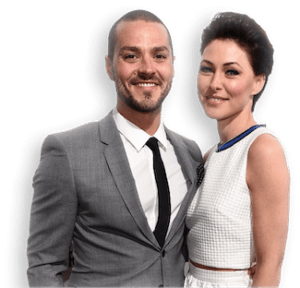 According to Matt, he had tried overcoming his addiction with three private rehab centres. However, his experience with us was a different ball game. He called it “a life-changing experience.”

We helped Matt overcome his alcohol and gambling addiction. Before coming to us, he had lived a lonely and isolated life. Gambling and alcohol were an escape from his loneliness and isolation. In his words, there was a “magnet” that pulled him to betting. Afterward, he will console himself with alcohol. This was a continuous cycle.

He felt mentally unwell and decided to get better. When he showed up at our facility, he felt some kind of relief because he was around people who understood his situation. To him, we gave him his life back. Now, he works for a gambling charity to help people struggling with gambling addiction.

Matt will be presenting a BBC documentary on the Providence Projects which will air in 2023, talking about his experience and his addiction recovery journey.

Chris Gregory, who came in eight years ago at a low point in his life due to substance addiction, describes his recovery experience with us as “…a magical place where miracles happen all the time.” Before he came to us, he struggled with substance addiction which had begun to cause debilitating effects on his health, occupation and finances. After the time he spent with us, he was able to turn his life around. He is now gainfully employed and has become an inspiration to many people around him.

A Turn-around for Marina

We helped another patient, Marina, live a healthy life. When Marina came to us, she planned to spend three months. But instead, we advised her to spend 12 weeks extra for aftercare. The whole time she spent with us changed the cause of her life for good. The first time she got into the programme was the first time in her life that she did not feel alone.

Before coming, she was in the hospital in a coma because her addiction had caused liver and kidney failures. We pushed her out of her comfort zone. We helped her get clean through group therapy and one-to-one counselling sessions. We also taught about the important tools in the relapse prevention workshops. After she left the facility, we gave her a relapse prevention plan to help her through difficult times that will make her relapse. According to her, this plan has come in handy to prevent her from going back to the old ways.

Getting Leo Hayden’s Life Back in Control 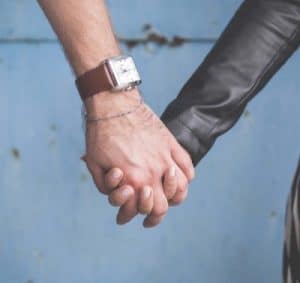 Before Leo Hayden, an alcohol addict, came to us he had no control over his life. For someone who grew up in an environment where drinking was a way of life, he believes we were the gateway to him getting a life. Before now, he felt he needed a drink to live, but he was gradually losing the fight with alcohol. When he came to our facility, we provided him with a safe environment. He learnt that everyone was equal. He felt safe and glad to be among the people going through similar situations. Now, he has his life back in control.

Bringing Families Back Together

We have helped in reuniting families that have been torn apart as a result of a family member’s addiction. One of the project’s former patients, Steven Robertson, was a terrible father and husband because of his cocaine addiction. After his time with them, he changed for the better. Today, he is a new man and has restored a healthy and loving relationship with his wife and kids.

We also worked on getting The Burbridges family back. Damian lived a difficult life. He had a drinking problem for over 20 years. His previous daily routine involved only sleeping and drinking even during the day.

According to his wife, Kateland, Damian would not be where he is today if not for us. Before now, Damian lived a difficult life. He had attempted to stop drinking with different methods, including home detox. All methods proved abortive until he reached out to us. Now he does not have to rely on drinking to live his life. He believes that we made him have a life purpose now. To him, the Providence project looks after you like you are their family.

Watch our client success stories to learn more about the real change we are making here at the Providence Projects.

Getting In Touch with Providence Projects

You can contact our team via phone, online chat, or email. Moreover, the admissions and counselling team is accessible around-the-clock to address any concerns, schedule your free telephone assessment, or set up an instant admission.

You can call and set up a meeting with the team if you are simply thinking about it. The team can offer you a tour of the project’s facilities in this meeting if you’re considering drug or alcohol recovery.

Our addiction specialists are always ready and available to take your calls on 0800 955 0945 any day. You can also send them a mail at info@providenceproject.org

Connect with the team on any of our social media pages:

Watch testimonials from any of previous clients on the project’s YouTube page:  https://www.youtube.com/user/providenceproject/