Drink driving: is it acceptable?

Over many years, the government has invested millions in educating the public on the dangers of drink-driving.  There have been a range of powerful and hard-hitting campaigns demonstrating the awful consequences associated with drink driving, however the statistics suggest that this is all having very little impact.

Drink driving in the news

There have been several high-profile drink-drive related incidents in the last few weeks alone. Wayne Rooney, a professional sportsman, Kirsty Gallagher, a sky sports presenter and the tragic accident on the M1 which resulted in the death of 8 people are just some of the stories that have made the headlines. What we find most concerning is that fact that drink driving again appears to be somewhat socially acceptable. Both Rooney and Gallagher have returned to work as if nothing had happened and the media were far more concerned that Rooney had a female passenger as opposed to the fact that he was endangering lives whilst driving under the influence of alcohol.

The tragic accident on the M1 is further proof of just how fatally dangerous drink-driving is. 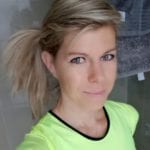 Addiction is such a complex problem and there’s no straightforward solution to it- everyone must work out their own path. I can’t narrow my sobriety down to one single factor, but what I do know is that going to the Providence Projects was a very positive and significant step, where I initially showed a willingness and openness to change. It was extremely beneficial to be able to openly discuss my addiction with qualified therapists and be around other people who understood- you can be so totally different to someone, yet if you’ve both suffered with addiction, you wil... See more

More needs to be done in terms of both education and support. Most professionals agree that the drink-drive limit should be reduced further as all evidence demonstrates that this does reduce the number of drink drive incidents.

While many people do not set out to drink-drive, they become overly confident in their ability because of the alcohol. Alcohol changes the way we think, feel and act.

If you are concerned about somebody’s drinking or would like to find out more about alcohol rehab programmes, contact us at the Providence Projects, a private alcohol rehab centre. Please call today and speak to one of our alcohol addiction treatment specialists on 0800 955 09 45.