The Channel 4 Programme on Monday night continues to fuel polarised debate with this emotive show. As a country, we feel passionately about our NHS, and debate on Social Media over the last 24 hours demonstrates this. Last night’s show, which included a heroin addict highlighted several issues around drug treatment and how it is perceived. I think it is fair to say that the majority of the British Public, when told about drug addiction treatment either have a negative view or do not really understand what it actually means. In 2014, less than 2% of the budget for addiction treatment was actually spent on ‘real rehab’ whilst the rest of the money was invested into drop-in’s, local day programmes and prescribing programmes.

Methadone prescribing which has unfortunately been the main method of treatment for many years now and championed as ‘cost effective’ is now proving to be anything other than a cheap solution. The consequence of mass prescribing is that we have paid little attention to other drug problems, concentrating purely on heroin misuse whilst other drugs like cocaine, cannabis and ketamine have been completely overlooked. People who have developed addictions to these drugs often report feeling misunderstood when turning up at their local drug agency as a result of the heroin focus. Other consequences of this approach has been an increase in heavy drinking. Most statistics now clearly show that the alcohol intake of someone on methadone regularly increases resulting in another set of problems including health related and crime related issues.

Of course, not everyone who goes to rehab gets clean and stays clean but this is undoubtedly their best chance. So often, I am told by people who desperately want to get into rehab that they are told by their drug worker that they are not ready and that they should not reduce their methadone. Herein lies the problem. Teams of people that do not understand addiction, who underestimate what their clients are capable of and who have been brainwashed by the big drug companies.

At The Providence Projects, we do not believe that more money needs to be spent on addiction treatment but the money needs to be spent more wisely. Let’s stop tricking the public into thinking all these addicts get ‘rehab’ as so very few actually do. There are so many agencies costing millions of pounds with very few people getting real rehab and very few people getting clean. In our opinion, the expertise in this field is amongst the residential rehabs who have been working in this field for 40 years in the UK and have the best successes. 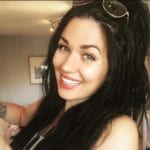 The foundation that was the spring board for not only me, and my life being completely revolutionised but all of my loved one’s too. A commendable team of staff who’s warm approach loved me when I did not know how to love my self. I will be eternally grateful and thus will my family who got there daughter/sister back from the grips of drug addiction. A safe and secure environment in which revcovery is facilitated and the tools for re intergrating into society are at hand. Much love to my Provvi family as always. Clean and Sober since 20/12/2012 and here is where it started. ... See more