Those who are currently jailed in the UK and abroad are in need of better rehabilitation treatment, according to several studies released in recent years. The most recent example is from New Zealand, where the National Committee for Addiction Treatment recently released data related to problems at the Mt Eden Correctional Facility. Inmates indicated that drugs and alcohol played a major role in their incarceration. Historically, inmates in the UK have had similar problems.

For inmates who are addicted to drugs or alcohol, treatment is essential. In many—if not most—correctional facilities, inmates have a strong chance of being able to purchase the drug of their choice while in prison.

It’s extremely difficult for prison services to make a penal estate drug free. Many inmates are addicts, and many others have access to black market supply lines, ensuring that addictive substances will find their way into detention centres.

It is, however, worth noting that most prisons are essentially (if not entirely) alcohol-free. Smuggling relatively large bottles of alcohol into prison is almost impossible, and brewing it on site leads to unmistakable odours that prison wardens will most likely detect. However, illicit drugs can still find their way into prisons.

Interestingly, a study carried out in December of 2014 found that prisons in the UK were unable to deal with alcohol-related crimes. The UK’s leading addiction charity, Addiction, along with the Crime Association, surveyed a range of prisoners across England. They found that, while many prisoners did not drink while in prison, most failed to make connections between their alcohol use and their offending behaviour.

If prisons can help to rehabilitate problem drinkers while they are incarcerated, they may be able to curb future offences. This could ultimately serve to cut down on future crime rates and reduce the burden on prisons. 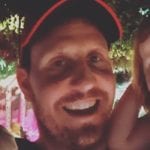 This place saved my life. I came into treatment broken and they helped to start to put me back together. All the staff take the time to focus on everyone as an individual. I can’t recommend this place enough See more