The relationship between ADHD and Addiction

Studies suggest that adolescents and adults with ADHD make up around 25% of alcohol and substance abuse cases. Although there is no clear genetic link, multiple behavioural, emotional, and environmental factors influenced by ADHD make a person more prone to addiction. The battle against addiction begins by recognising all the symptoms and factors which pushed you toward addiction. 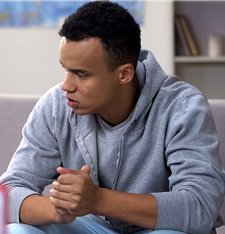 ADHD is an irreversible genetic condition affecting multiple circuits in the brain and brain chemistry. The scientific literature hasn’t settled on a clear underlying cause yet. Some theories examine the difference in the prefrontal cortex in people with the condition. Others focus on the disturbance in the production, distribution, and function of essential neurotransmitters like dopamine and norepinephrine [2] [3].

Even if the reason remains unclear, most theories agree that universal symptoms appear in varying degrees across all with ADHD. Behaviours that suggest you have symptoms of ADHD include:

Many symptoms of ADHD are related to impairments in executive function, a broad term for many mental skills people use in their everyday life to work toward their goals, manage responsibilities, and effectively communicate with people [4].

How Do Symptoms Of ADHD Lead to Addiction?

Addiction is a lack of control where you can’t resist taking or doing something which could be harmful to you. The lack of control stems from uncontrollable cravings, which can be physical, such as ones for alcohol and opiates, or emotional, such as ones from the internet, gambling, and porn addictions. For many people with ADHD, addiction began as a coping mechanism and an attempt at self-medication. Drinking multiple cups of coffee, heavy nicotine consumption through smoking or vaping, and indulgence in sugary treats and other foods are common and innocent habits that can turn into an addiction [5]. Here is a brief list of common ADHD symptoms and factors tied to the condition which increase the likelihood of addiction.

People with ADHD struggle with self-control, making it hard to regulate their thoughts, emotions, and actions, which leads to decisions that can be poorly thought out and impulsive. Deciding to try a substance on a whim or continuously indulging in behaviour without the awareness or consideration of the dependency you are creating can lead to addiction. Since ADHD makes willpower challenging, the more addicted you become, the harder it is to change due to the lack of self-control and the immense appeal of the behaviour in the present.

Many people get stigmatised and shamed for complaining about boredom. They often get told that life is boring and they should get used to that. Unfortunately, people with ADHD can’t get over the excruciating pain that boredom brings because they have a heightened need for thrill, excitement, and novelty. If they can’t satisfy that through conventional methods like work, hobbies, and with friends and other social circles, then they can turn toward substances or harmful types of behaviour to reduce boredom.

Self-control doesn’t end with your ability to test your willpower and resist puffing a cigarette. Another aspect of self-control is how well you can control your emotions and stop yourself from exaggerated, immature, and unnecessary emotional outbursts.

People with ADHD struggle to regulate their emotions which can intensify and escalate issues with friends and relatives, lead to more emotional volatility and breakdowns, and generally make it harder to understand what you are feeling. Social isolation, anxiety over your social status, and the immense frustration of being unable to control your feelings can all push somebody toward addictive behaviour or substance as a coping mechanism.

Bullying, ostracisation, and a lack of understanding and empathy are common reactions that those with ADHD receive from peers, relatives, and other authority figures during their childhood. They pent up shame and guilt because of their “wrong” behaviour and actions or over their whole existence if their self-worth gets low enough. Turning to substances or habits as escapism is a common practice among those who carry unresolved traumatic experiences in their mind.

Having ADHD, in many cases, means you function on a fundamentally different level from neurotypical people. The difference in behaviour can be met with judgment, dismissal, and mockery, especially if you are undiagnosed and don’t know what could be wrong with you. If you struggle at university and work, or even if you are successful but have to supervise yourself to be productive constantly and organised, then chronic stress and doubt over yourself-worth can take hold of your life. Issues in those critical areas of life, constant fear of social isolation and rejection, or the general need to let go, relax, and slow down can all push a person with ADHD toward addiction. Finally, the endless wariness of how others perceive you and your actions and the lack of agency and control can often lead to anxiety and depression, which are closely related to ADHD. Feeling horrible about yourself and being worn down daily can contribute to addictive behaviour as a form of escapism [6].

How Are ADHD and Addiction Treated

If you have been diagnosed with ADHD and also show symptoms of addiction to a certain substance or behaviour, then you have what’s known as a dual diagnosis. ADHD and addiction can feed off one another and worsen the symptoms of the other condition. For example, a problem with alcohol can worsen impulsivity, emotional dysregulation, and working memory, making pre-existing issues due to ADHD even worse. The most effective treatment is one where you co-operate with professionals and take active measures to combat both conditions simultaneously through prescribed medications, behavioural therapy, support groups, or other measures.

Private rehabilitation centres are an excellent option to combat a dual diagnosis due to the unique environment they offer. Enrolling in a private rehabilitation centre offers you a safe and secure space where you can be supervised and avoid altogether the types of behaviour which reinforce addiction. The controlled environment also allows you to fully commit and be consistent in the crafting of new healthy habits.

Thinking about Those Who Need Our Help

ADHD can significantly change how a person feels, thinks, and behaves and how society perceives and treats them. Many people with ADHD suffer from a lack of self-control, emotional dysregulation, and unbearable boredom. They also exhibit symptoms of anxiety, and depression, increasing the chance of developing an addiction. The best treatment for ADHD and addiction is one where you work with qualified medical professionals to treat both conditions.