Signs someone is suffering from alcohol addiction (and what to do)

It’s often very difficult to tell whether someone has an alcohol addiction or that they just like a few too many drinks once in a while. The truth is that because alcohol is such a big part of our culture, it is not always apparent that someone has a drinking problem.

In the early stages of alcoholism, it is not always easy to identify when drinking has become a serious problem for a loved one, but there are always some very obvious tell-tale signs that they have an unhealthy relationship with alcohol.

Here are 10 signs that alcohol has become more than just a social pastime.

When people have a normal relationship with alcohol, they store their drinks in a cabinet or obvious store, or somewhere that is in view. There is no reason to hide alcohol unless there is a problem to hide as well. When alcohol is hidden, it’s more than likely there is a problem. It’s not unusual to find bottles of spirits hidden behind furniture, under beds or amongst towels in the bathroom. Look for places that would seem out of place – perhaps under the seats of the car. Lying is a common symptom of alcoholism.

2. They don’t ever seem to be drunk

Some may say: “he can hold his drink.” They can often have quite a few drinks and not seem to be intoxicated at all. This is because the individual has developed a tolerance for alcohol – it will now take more alcoholic drinks to make them feel the same way as they used to feel with one or two drinks. If you are drinking with them, try to keep a note of when you feel the effects, compared with them (and indeed if they ever do).

Generally only attending events where alcohol is available or allowed, alcohol addicts tend to socialise with those who also drink and choose to not see those who don’t. They will choose their events wisely – for example, they wont ‘be available’ for a children’s pantomime, but will go to an event where there is alcohol served. They may join you for things like the cinema, but will head straight for the bar when the film is over.

Alcohol is a depressant. After the initial relaxed stage, the alcohol may cause the drinker to become angry, irritable and possibly violent because of the depressant qualities. Drinking excessive alcohol can influence an individual’s mental and physical health, and drinkers tend to develop forms of depression over time. If binge drinking is more of a problem, the days following a binge can often be difficult, both physically and emotionally.

When life revolves around getting drunk – or recovering after being drunk, it becomes difficult to deal with day-to-day life. Tasks that are usually simple, such as paying bills, caring for children or pets, or cleaning the home all become difficult while in the alcohol cycle. Alcohol can blur the intricacies and can cause issues that become unmanageable, such as unpaid bills leading to financial burdens, problems with neighbours and landlords, and negligence of dependants. Alcohol can have a huge impact on your daily life.

6. Isolating themselves from friends and family members

The further that the individual descends into addiction, the less connected they feel to other human beings. They tend to just want to be left alone to do what they want, and want to avoid facing others. When they are alone, they can avoid listening to other people telling them that they are doing something wrong. No drinker wants to hear that others are concerned about their drinking. Also their guilt, embarrassment or irritation of dealing with others may lead to isolation.

Alcohol doesn’t only affect day-to-day life, but also working life. This could be showing up late, poor performance or making bad decisions and choices throughout the day due to drinking the night before or during the day. This is because alcohol can affect cognitive processes, the ability to evaluate costs and benefits, and physical coordination. Of course, this can cause the individual to be suspended or even fired. Alcohol can have too much power on lives, and when this affects someone’s career and income, it becomes a real problem.

When an individual has been drinking too long, or too much – once they have passed the relaxed stage, this often results in them losing their inhibitions. When this happens, they can also lose their normal sense of self-control and judgment, which can turn into dangerous behaviour – and can sometimes be life threatening. Drunk driving, for example, is very common in alcoholics. Addicts will often begin to take more and more risks, because the addiction becomes more important than their life or anyone else’s.

Alcohol is a toxin, and therefore is not possible for the liver to process high levels of alcohol without receiving some damage. When someone only drinks occasionally, the liver manages to heal in that time. But when someone often drinks excessively, the constant intake of alcohol can cause significant damage to the liver. This can affect the cardiovascular system, and also the immune system. Those with an alcohol dependency can find it hard to rid colds, and can have more long-term problems, such as difficulty managing chronic medical disorders like diabetes.

10. They may have a family history of alcoholism

Those that have a history of alcoholism in their family have a much higher risk of becoming addicted to alcohol than others. It’s a really good idea to find out about someone’s family, and if they have any close relatives (blood relatives) who have drinking problems – or who have had drinking problems. If they have, look for some other signs.

Unlike substance abuse, drinking alcohol is socially acceptable and casual drinking is common. A glass of wine with dinner or the occasional crazy night out with friends is typical. But at what point does drinking become a problem? Our addiction specialists can give advice, and example signs of when alcohol is becoming an issue and when to start an alcoholism treatment program:

To learn more about our private alcohol rehab, The Providence Projects in Bournemouth, call our friendly counsellors on 0800 955 0945 and discover how we can help. 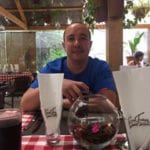 This place will always hold a special place in my heart, they helped me get my life back, a magical place where miracles happen all the time See more