When Bill Wilson and the early founders of Alcoholics Anonymous first wrote about alcoholism seventy-five years ago their book was directed, almost exclusively, at men. In 2014 we know that alcoholism is not confined to any gender, just as it is not confined to any age-group or social class. Here, at The Providence Project, we have seen and treated an increasing number of women struggling with alcohol problems. These women are often well-educated wives and mothers in good jobs putting everything they have, including their health, at risk because of alcohol.

Ann Dowsett Johnston was the vice-president of a highly prestigious North American University and an alcoholic; she has just published a fascinating book about alcohol written from a female perspective. The book, Drink: The Intimate Relationship Between Women and Alcohol, starts at the very beginning of the problem and rhetorically asks “why do people drink so much?” The question is simply answered, “because it’s nice”, followed by the scientific answer concerning the release of dopamine in the body giving feelings of pleasure. Unfortunately, as many alcoholics know only too well, the dopamine receptors in the brain require ever greater quantities of alcohol to get that same effect, or as Johnson puts it, “to try to recapture the pleasure.”

The book deals at length with the frightening cost of alcohol dependency in both human and financial terms and how that has risen rapidly in line with the sophisticated marketing and advertising strategies of the drinks companies. Johnson feels that “alcohol is where tobacco was 40 years ago” and that the type of controls concerning price and availability that have been imposed on tobacco producers over the last 30 years or so must be imposed on alcohol marketing. Much of the marketing strategy of the drinks industry is aimed at women and Roger Lewis points out in his review of the book in The Daily Mail that women have smaller livers than men and a lower level of the enzyme breaks down and eliminate alcohol from the bloodstream. The potentially terrible effect of an alcoholic mother on the health and well-being of herself and her children cannot be over-emphasised. Conditions such as cirrhosis of the liver used to be seen as something that affected elderly men; doctors are now treating women in their 20s for this condition.

At the Providence Project we understand that the woman who drinks alcoholically often has gender-specific problems that are the root of the problem and we deal with this accordingly. We have women’s groups and activities just for the women in treatment from which, our experience shows, they benefit considerably. The problem of alcohol may be the same, but we recognise that very often the treatment needs to be different. 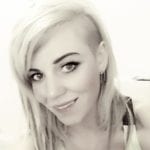 Well where do I start… An amazing place that has given me the foundations to start my new life… This place has saved my life! The therapists are wonderful and the program superb! I have met true and honest friends who are my friends for life. My perception of life has completely changed and I owe that to the Provi. If you are looking for a rehab where the people really show an understanding, empathy and compassion this is the place. If your want to be able to go about… your day with reality and honesty look no further. Just for today I will enjoy t... See more