There has been a large shift in perspectives about drug use over the decades. Previously, perceptions of those who struggled with a drug addiction were some vilification for their drug use. In the past, the general understanding was that drug addiction was a character flaw or a crime that needed punishment. Fortunately, the tide is turning. Addiction is being understood, not as a criminal act, but as a mental health disorder. More and more people struggling with addiction are being treated with dignity, compassion, and care.

This is observable in the decriminalisation of drugs in some areas of the world. For example, in the US, some states have opted to decriminalise various banned substances. Also, some European countries have moved to adopt a “harm reduction” approach to tackle the threat of drug use. These approaches make it relevant to address whether the UK is successfully tackling the harms inflicted by drugs, or if their approach is ineffective.

To find this out, YouGov – a global public opinion and data company – explored public opinions about whether the UK Government’s approach to drugs and addiction is effective. The results were very interesting.

What Did Britons Think About the Government’s Approach?

According to the poll, which was released in 2022, most people (49%) believe that people who have addictions to illegal substances should be treated as those who are mentally ill would be treated. This data reinforces the idea that there has been a shift in the public’s perception of those struggling with addiction – from one of criminality to one of mental illness. However, the UK has been slower to enact such views into the legal system than other European countries.

Portugal made the decision to decriminalise all drugs in 2001, in order to reduce the harm associated with drug use, and help prevent the spread of AIDS. This decriminalisation does not, by definition, “legalise” all drugs. Instead of punishing for the possession of drugs, which would result in a criminal record, Portugal has made possessing drugs an administrative offence.

This means that drug users found to be in possession of drugs are not prosecuted. Instead, the drugs are confiscated and those found in possession are fined or made to do community service. Since the Portuguese government made that decision, drug deaths in the country have consistently been some of the lowest in the EU. The poll highlights that the public are calling for the UK government to change its legislation, but not in the same way as Portugal.

The majority of people polled (66%) believe that the Government does too little in trying to tackle addiction problems in the UK. This compares to only a small minority (8%) who believe they are doing enough. You might assume then, that the British public would demand changes similar to those seen in Portugal. However, an overwhelming majority of those polled (68-78%) would oppose the decriminalisation of most drugs. The only drug that the public would choose to decriminalise is cannabis by a very small margin of 2%. So, what measures do the public want the UK government to put in place? 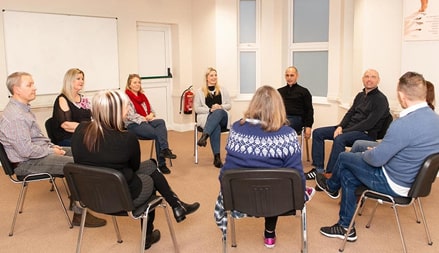 The survey asked people if they would support or oppose the following policy: ‘Supervised injection facilities at centres that provide a sterile environment in which people who are addicted to drugs are provided with clean injecting equipment, and a place to dispose of injecting equipment’. Of those asked, a strong majority (55%) supported the implementation of such a policy.

Various governments around the world have enacted such a policy. This includes the US, where in November 2021, New York was the first to open the country’s first supervised drug injection sites (SIS). Reports suggest that on the very same day they opened, the medically-trained staff reversed two overdoses. Overdoses that, without the SIS, could have resulted in death.

The implementation of safe injection sites is not a new one. The first one to open up over 30 years ago was in Berne, Switzerland, in 1986. Since then, many different studies of many different sites have implied that SISs are beneficial in multiple ways. For example, they safeguard public and client health, reduce public nuisance, and also help reduce improperly discarded injection equipment in public areas.

Disregarding the evidence that supervised injection sites may actually reduce drug-related death rates, in August 2021, former Prime Minister Boris Johnson claimed to be ‘instinctively’ opposed to drug consumption rooms. This comes after a record number of drug-related deaths was recorded in Scotland in that same year. To oppose such a notion that has garnered a large amount of public support on the basis of ‘instinct’, when evidence suggests that SISs are effective in reducing drug deaths, is, perhaps, an oversight – one that will eventually be rectified.

Once perceptions of addiction change within the legislative circle, from a criminal offence to addiction as a mental illness, then and only then, will those struggling with drug addictions feel supported by their government. We are yet to hear from newly appointed leader, Liz Truss, on whether she has the same stance, although her history tells us that it is unlikely to change.

Despite strongly believing in her university days that cannabis should be decriminalised, in 2017, her office confirmed her position as being anti-decriminalisation. A year later she was absent during a vote on cannabis regulation. It appears then, that the government may not be shifting its stance any time soon, much to the British public’s dismay, if the poll is to be believed.

It appears that the Scottish government is seeking to lead the challenge on the UK’s drug policy approach, but the power remains in the UK government’s hands. The truth, as it stands, is that we are yet to see what efforts the government may make in order to combat the worrying number of drug deaths that take place in the UK.